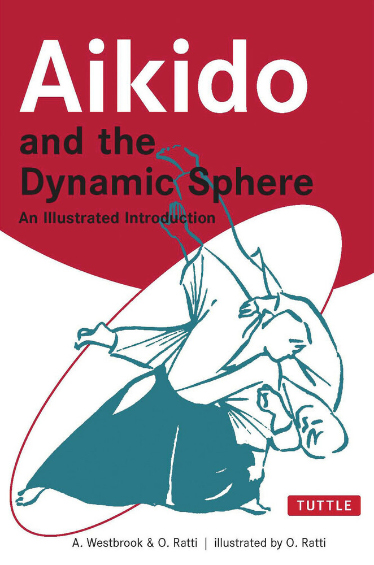 Aikido and the Dynamic Sphere

About Aikido and the Dynamic Sphere

Aikido and the Dynamic Sphere: An Illustrated Introduction provides a complete foundation in the practice of one of the most distinctive and useful Japanese martial arts.

Aikido neutralizes aggression and renders attackers harmless. By controlling body position and harmonizing their vital physical and mental powers, anyone (regardless of size, strength or weight) can fend off attacks using this sophisticated martial art. This classic text reveals the secrets which enable the stunning control practiced in Aikido.

Written and illustrated by husband/wife team, Oscar Ratti and Adele Westbrook, Aikido and the Dynamic Sphere, with over 1,200 illustrations, includes many Aikido techniques in chapters such as:

Westbrook and Ratti wrote Aikido and the Dynamic Sphere shortly after they had achieved shodan rank in Aikido, and a short stay in Japan. It is based largely on the teachings of Yasuo Ohara, founder of the New York Aikikai.

The book has been praised for Ratti's many illustrations; although it has been noted that they do not provide sufficient information for the purposes of instruction. The authors' system of numbering techniques and attacks (rather than using the Japanese terms, which can differ between styles) has been praised for its ingenuity in unifying Aikido terminology.

The particular martial art method developed by Master Morihei Uyeshiba in Japan which he referred to as "aikido" combines practical self defense movements taken from sword and spear fighting, jujutsu, aikijutsu and other ancient, more esoteric forms of the martial arts—with an emphasis from the very first moment of practice upon a characteristic centralization of thought and action, and the extension of mental energy or ki that makes this such an intriguing art.

It is a unique method of self-defense equally adaptable to and effective against a single attacker or several. The practice section of this book (Chapters IV-IX) is devoted to explanations and illustrations of the particular methods employed to achieve these often spectacular results—and to achieve them, moreover, in a manner which makes aikido practice possible for people of all ages and both sexes.

Adele Westbrook studied philosophy at Columbia University at the same time as future husband Oscar Ratti was doing graduate work in the classical languages. They began to practice Aikido together, and studied under a variety of instructors in the United States and Europe. They shared a longtime interest in the thought and rituals of ancient civilizations and were experts on Japanese warrior arts and ethos.

They are the authors of the best-selling Aikido and the Dynamic Sphere, as well as three illustrated fiction books of their graphic novel series Tales of Hermit.