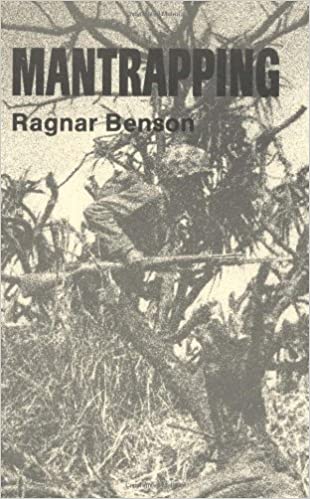 This is the first book ever published to explain how to capture that most dangerous animal: man. Based on Ragnar's own mantrapping experiences while on special assignments in Asia, Africa, North and South America and Cuba, this gut-wrenching book covers such mantraps as the Malaysian Hawk, the Andes Mountain Trail Trap, the Sheepeater's Rock Fall and the Cuban Water Trap. To know how to trap your enemy is to know how to avoid being trapped yourself. For academic study only.

Benson has revealed very few details of his background and personal life. His real name has not been revealed publicly. He was reportedly born in Indiana and was raised on a farm where dynamite was used for utilitarian purposes. As of 1999, he lived "...on nine acres in southern Idaho with his pet skunks and his wife and 100-plus guns of varying caliber."