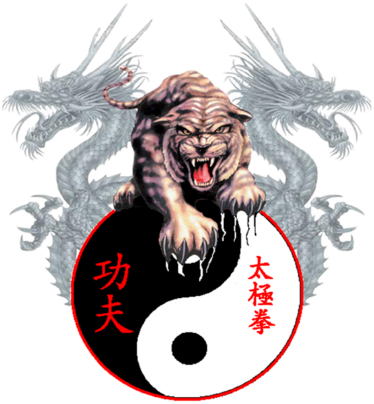 This 18 Tigers Form is used by the Pierce Family Poison Hand System to teach basic techniques and Dim Mak Striking Points. This practice form is composed of nine techniques repeated on both sides. It is a combination of both Japanese and Chinese Tiger styles. We call it the 18 Tigers because of the total of eighteen techniques in the set.

Grand Master Ronald Pierce, Professor Bob Suttles, and Professor Jerry Cook are the co-founders of Pierce Family Martial Arts. With the expertise that they have individually accumulated in the styles and systems they have studied the co-founders have made Pierce Family Martial Arts applicable for the ring, cage, and the streets. All three of these individuals bring a wealth of knowledge and expertise to the group and all are highly respected and recognized throughout the martial arts community.

Pierce Family Gung Fu is a culmination of forms and techniques, which are thousands of years old, adapted for modern day use. Included are the best techniques and concepts of many styles and systems, such as stick arts, Chin Na grab arts, bladed weapons, throwing arts, etc. The techniques and forms have been modified with modern training methods, taking the realities of today's world into consideration. In addition, the system covers the healthful aspect of the arts, including Chi Kung, Tai Chi, and the combative aspects geared for today’s streets which include empty hand applications as well as weapons, (improvised weapons, modern tactical weapons, and traditional martial arts weapons). Modern forms competition is also covered.

This form, like FIVE ELEMENT DIM MAK, is considered one of the ultimate self-defense forms in the Martial Arts. It is specifically intended for high ranking and skilled practitioners and must be practiced hundreds of times to be executed with fluidity, strength, and precision.

This is the third of a series developed by Shaolin Wu-Tang Master Jerry Cook, an associate of Grandmaster Ron Pierce for the Pierce Family Poison Hand System. This training manual provides a unique and innovative approach to self-defense instruction.

There are many instructional videos on the market. But, not everyone has a DVD player. Sometimes you want to look a detail up in a book, but it doesn’t provide enough information on direction or is unclear in its explanation. Here the two are combined. The DVD has only the form shown in this book. It is too short to stand alone, since it does not explain the significance of the vital and fatal points. It does, however, provide a demonstration of how the "kata" or formal exercise is practiced as well as the applications of each technique. A book, for all its detail, cannot adequately show movement. Thus, both are necessary and form a proper unit for study and self-instruction. Or, it may serve as a reference and guide for traditional Dojo training.