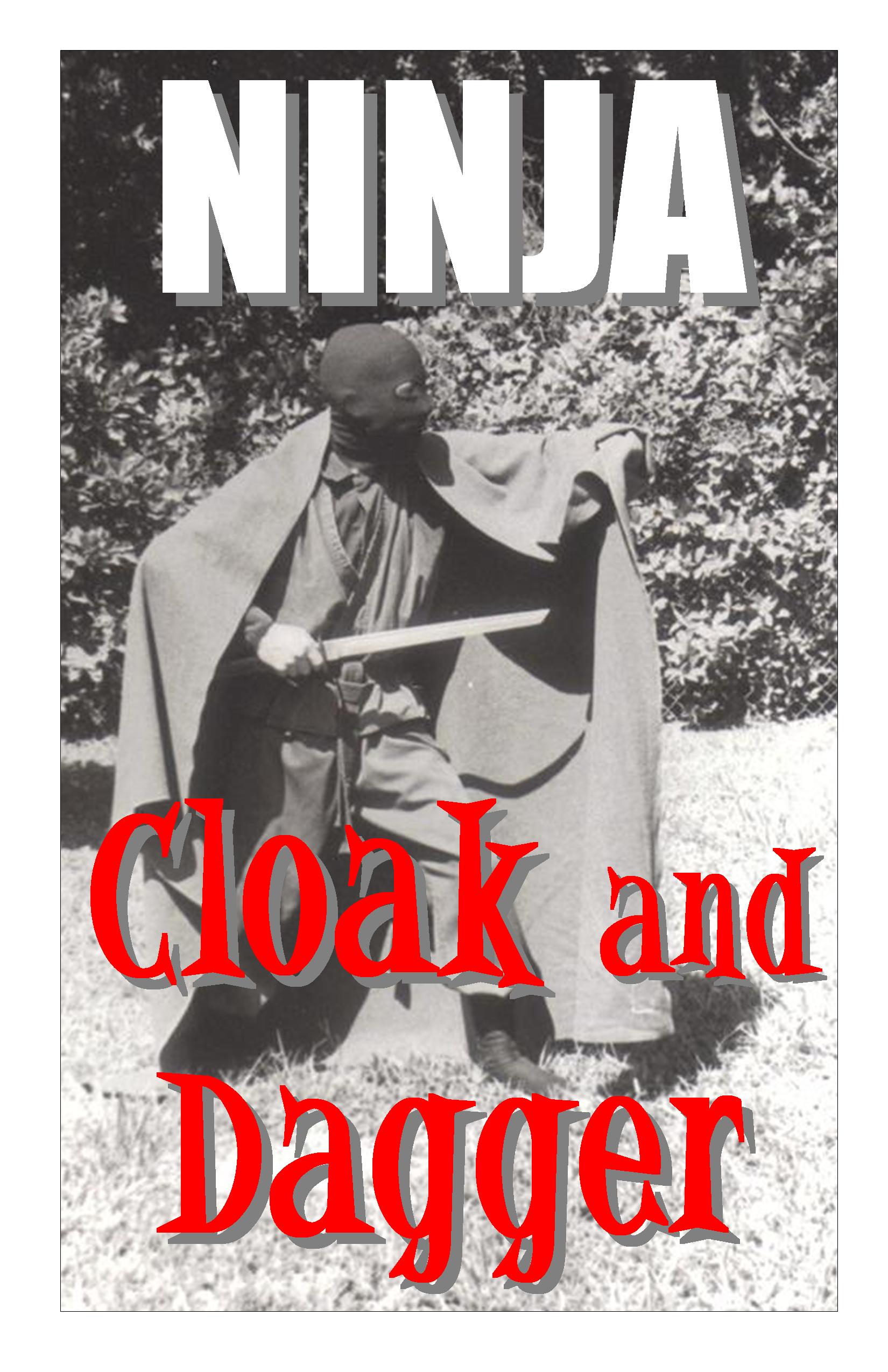 About NINJA Cloak and Dagger

Cloak and Dagger is a term often used to refer to spies and espionage activities. The stock and trade of Ninjitsu. Often operating in disguises that did not permit them to carry weapons, the Ninja devised new systems of fighting with unorthodox and concealed weapons.

As a spy, the Ninja experimented with the tools of his trade- the Cloak and Dagger. To the true martial artist, anything can be a weapon. A stick, a rock, a handful of sand, even an article of clothing, like a cape or blanket. And so, Kimono-no-Jitsu was developed:

Of course, fighting with a dagger or knife was a common enough skill in the feudal age when Japanese Ninja flourished. Consequently, they studied with the most vicious and successful knife wielders of their day and developed a set of techniques that have no equal.

Presented here are a few of the secret tricks of the trade used to turn any jacket, raincoat, blanket or tablecloth into a magical weapon that enables the wearer to vanish invisibly or strike down the enemy and remain unseen. Principles upon which the Ninja based many applications of psychological warfare as well as physical combat.

ONLY Ashida Kim has shown you how to fight with this long forgotten and often overlooked exotic weapon from the secret Ninja arsenal.