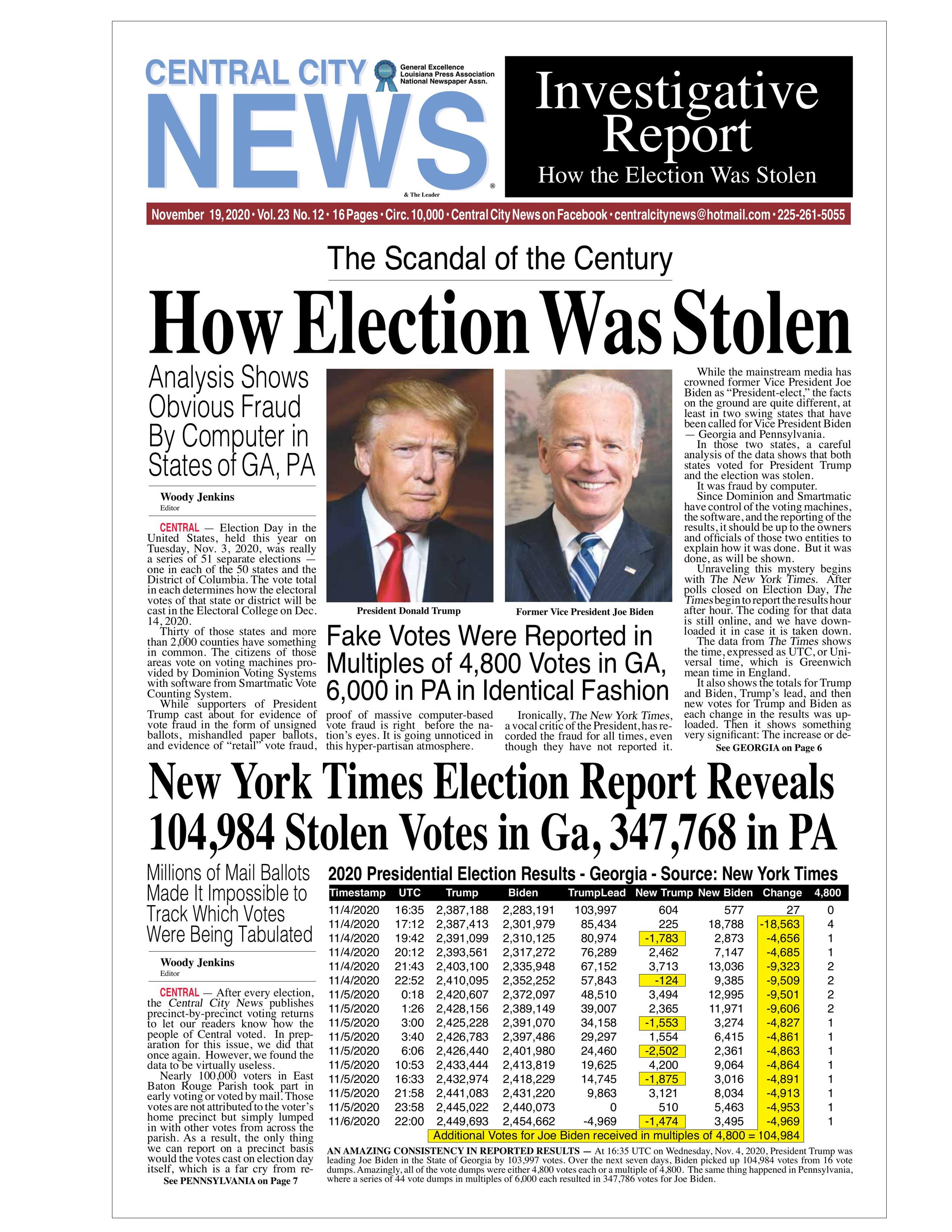 HOW THE ELECTION WAS STOLEN

How The Election Was Stolen

Here it is: the Deep State conspiracy revealed. Now you will know how the liberals stole the American presidency in 2020. Because they surely didn't get 81,000,000 votes honestly.

But why? Why perpetrate this massive fraud?

Arrogance has always been the downfall of tyrants. The most famous example was Marie Antoinette, who, when told the peasants had no bread to eat, replied, “Let them eat cake.” She was beheaded shortly thereafter as part of the French revolution.

In this case, it is not enough for the Deep State to have stolen the 2020 election. Now they are so arrogant they must brag about it. To quote from the text: “Liberals argued the role of bottom-up people power shouldn’t be overlooked, particularly the contributions of people of color and local grassroots activists. Others stressed the heroism of GOP officials like Van Langevelde and Georgia secretary of state Brad Raffensperger, who stood up to Trump at considerable cost.” Here it is, this is how it was done. From their own lips. It’s too late now. They don’t even care if you know the truth. There is nothing you can do.

The same being a collection of online newspaper articles and Facebook memes from the period that illustrate how the mega-rich Deep State conspiracy unfolded and was triumphant.

Eric Blair is a noted Orwellian scholar who has tried for decades to warn the public about the sinister plan to subjugate the masses outlined in 1984.