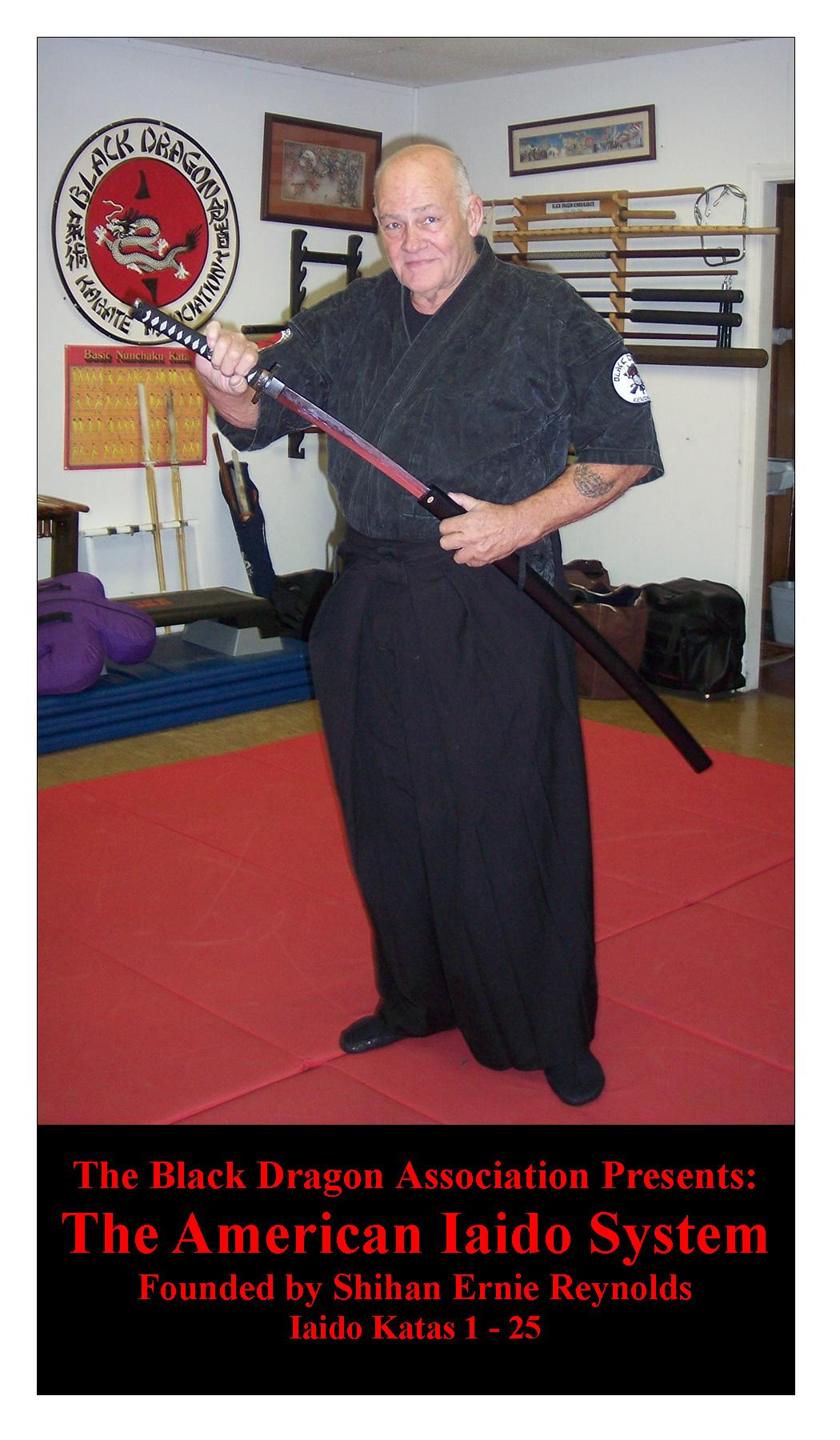 About The American Iaido System

Shihan Ernie Reynolds founded the Black Dragon Association in 1971 in honor of the passing of Count Dante of the Black Dragon Fighting Society. He continues to teach today a variety of styles, including Judo, Karate, Kendo, and Iaido.

Presented here are Katas 1-25 of the Iaido system of Grandmaster Reynolds, the core syllabus for the art of drawing the katana blade of the Samurai of old.

Iaido - techniques of the samurai sword - In practice Iaido training consists of practicing forms called kata. KATA means a series of movements, where one practices various kinds of sword maneuvers. Each kata consists of four parts:

In Iaido, one practices without an opponent. The techniques vary considerably and they are performed from differing starting positions: crouching, sitting, lying, standing or walking. Every direction of attack is studied: left, right, front and rear, in dark and light. Sometimes one studies situations, where there are external obstacles such as a confined space, which does not allow a normal draw, or perhaps an obstacle hanging low above the student. There are techniques used against another iai opponent and forms used for countering an enemy, who tries to prevent the iaidoka from drawing his sword by grasping the hilt or the scabbard, either from the front or the rear.

A real Japanese sword (katana), practice sword (iaito) or wooden sword (bokken) is used in iaido practice. The sword is handled with respect and observing good manners. In the beginning and at the end of a training period the student bows to his sword. One does not step over somebody else's sword or touch it without the permission of the owner.

Shihan Reynolds has belonged to many martial arts organizations. Currently he is a member of the I.M.A.A. He is also a member of the N.R.A. and is a certifed weapons instructor. He is a certified V.I.P. bodyguard and has protected many famous people. Other achievements of his career include International Sokeship, EUSAIMAA Hall of Famer, World Hall Of Famer and Who’s Who in the Martial Arts.