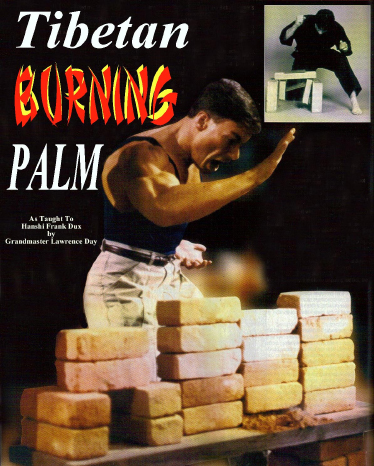 Secret of the Dim Mak Fist

Secret of the Dim Mak Fist

Sensei Senzo Tanaka of the Japanese Kokuryukai, was heavily involved in the training of many famous martial artists, including Chicago's infamous Count Dante (John Keehan). The Count was an expert in Judo, Jui-jitsu, Gung Fu, Tai Chi Chuan, Shaolin Boxing, Kempo, Karate, Yawara, Boxing and Wrestling, he availed himself of the opportunity to train and practice with the masters of every field in addition to participating in and surviving several Oriental Death Matches and reportedly killing three men with his bare hands.

He was scheduled to fight again in 1975 but his untimely death allowed his protege Frank Dux to attend and become the first American to win the event. His epic battle to honor his teachers was made famous in the movie Bloodsport. In the movie he is asked to prove he is a student of Senzo Tanaka and therefore eligible to fight in the closed Kumite matches by demonstrating his skill at Dim Mak, the delayed death touch. He does this by shattering a brick with a technique known as the Tibetan Burning Palm. The judges knew this was a signature technique of the Kokuryukai, the Black Dragon Tong of Retribution and the Amur River Society, taught only to senior students.

But, it was not Sensei Tanaka who taught Frank Dux the Tibetan Burning Palm. It was Grandmaster Lawrence Day. In speaking with both for the production of this book, they confirm that Sensei Tanaka told then Sensei Day to teach Frank Dux this technique so that he would be allowed to participate in the event. It has NEVER BEFORE BEEN FILMED OR WRITTEN DOWN IN ANY FORM and is only made available here so that the knowledge will not be lost to the many students of Grandmaster Day who respect him so highly and revere his teachings.

This is a very powerful exercise, restricted to Black Belt 3rd Degree and above. Even when done properly it can be dangerous. It is presented here as an academic study of this ancient and mysterious facet of Chinese martial arts. All of these exercises stimulate the flow of Chi and bring it to the palms where it can be felt. Once you “feel” it, you will know it exists. This is the nature of this type of transcendental experience. No one can explain it adequately in mere words. But, it can be experienced by doing these exercises. And, without this energy, merely knowing where the Deadly and Fatal Points of the Body are, is meaningless.

Grandmaster Day has previously trained only nine personal students in this method. Among them are Frank Dux, Joe Cayer, J.R. Cobb and Ashida Kim. We cannot teach you the unteachable. But, we can show you how to find it for yourself- THIS IS HOW!

Dr. Day was one of the original Black Dragons that studied under Grandmaster Count Dante and Grandmaster Doug Dwyer and has been a Black Dragon Fighting Society member from the mid 60's to present day. He has also studied with Grandmaster Senzo Tanaka.

Dr. Day was honored by being named a 37th generation Warrior Monk under Grandmaster Young Di of the Shaolin Temple. Dr. Day continued teaching and learning Tai-chi, Chi-kung and his passion, Chi-ma, or Fa-ching poison hand for over 45 years. Dr. Day was one of the few living masters of the Tibetan Burning Palm, a technique he has shared with only nine senior students, among them Hanshi Frank Dux of Bloodsport fame.