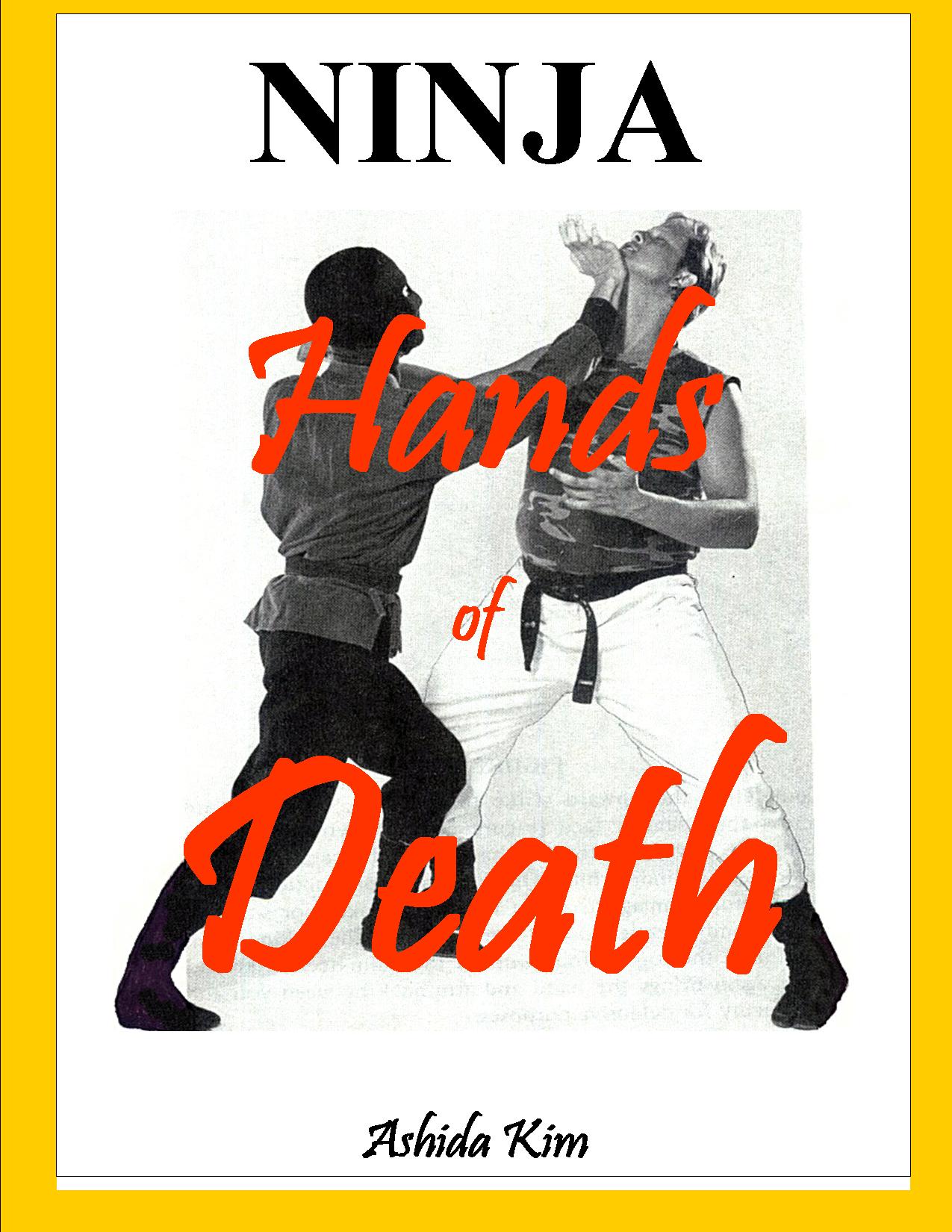 BACK IN PRINT! Bigger and Badder Than Ever!!!

"Kata Dan’te, the Dance of the Deadly Hands, is without doubt, the most savage and terrifying self-defense form known to man. It is composed of twenty-seven of the deadliest poison hand techniques ever devised, each one of which is guaranteed to kill, cripple or maim any attacker. Kata Dan’te is not for the squeamish nor the weak at heart. The effective execution time of this practice form is five seconds."

This is Kinji-Te, the Forbidden Fist of the Ninja. It is called that because there are those in the martial arts community who do not think these ancient secrets should be shared with the Gwai Lo, the “round eyes from the West.” Earlier attempts to publish this material were met with stiff opposition and resistance by legitimate publishing firms because the techniques were considered too brutal and horrifying, the descriptions of injuries inflicted too gruesome and shocking for the general public.

Included in this Self-Instructional Manual:

SO, WHAT ARE YOU WAITING FOR? Train yourself and be your own Master! One of your skill and ability need only follow this simple course of self-instruction to be certain of success.

"The only thing better than a well told lie is a true story no one believes.."
P.T. Barnum

The legend has always been that Ashida Kim, using another name, went to Chicago in 1968 to work with a motorcycle club to provide “security” for the protesters at the Democratic National Convention. And, that while there he learned the world’s deadliest fighting secrets from Count Dante in a secret Dojo. Although there are those born long after these events who dispute this story, two of the original members of the Black Dragon Fighting Society Grandmaster Doug Dwyer and Grandmaster Lawrence Day, who were there at the time and who are still actively teaching today confirm that he was there.

No one believed John Keehan went to Death Matches in China. Until Frank Dux proved that he did it too. No one believed that Ashida Kim ever met Count Dante, until now. No matter what the proof, people tend to believe what they want in spite of the truth or lack of facts to support their point. And, it doesn’t matter if they are right or wrong. What matters is the Way. Martial arts are not about fighting. They are about self-improvement, about empowering the individual to stand up for himself and do the right thing. This book could save your life.

These strikes and fists are found by one name or another in every martial art known to man. They attack every vital and fatal point of the human body with devastating effect so quickly and so ferociously that no defense is possible. Even if you only read this book once, you will have learned enough to defend yourself in today’s turbulent and dangerous world. As the Ninja value peace and harmony above all else, we have a preferred method– run away. But, if you can’t run, if all avenues of escape have been exhausted, if you must fight, do your worst. Strike hard, strike fast, no mercy... Here's how...