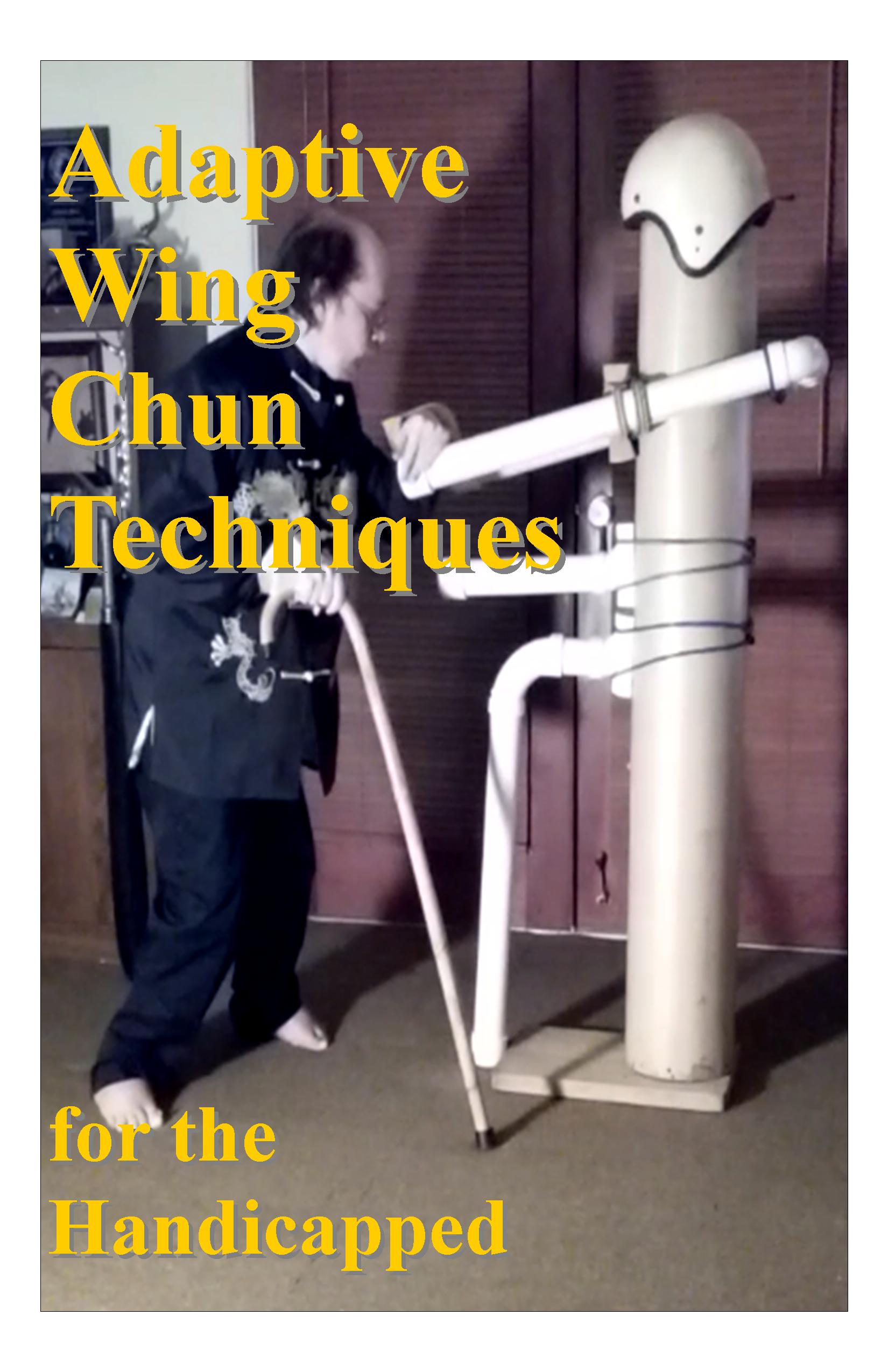 Adaptive Martial Arts for the Handicapped

Master Ashida Kim and Master Broussard of the Komuso Ryu, have known each other for more than thirty years. Together, they have developed these and other self-defense techniques for use by those limited in movement or strength and demonstrate their application on the famous Wooden Man training dummy of Wing Chun Kung Fu.

Wing Chun Kung Fu has a particular training device that makes it unique in the martial arts world. It is called the Mook Jong or Wooden Man, meant to simulate an opponent or training partner. The arms and legs move, only slightly, but move nonetheless, which permits the practitioner to feel a reaction to his movement and not over-extend it. This is the "economy of motion" principle.

Tremendous force is not required to overcome an opponent. Only takes eight pounds of pressure to break a bone, and in Tai Chi Chuan it is said “a force of a thousand pounds can be deflected by four ounces.” The secret lies in knowing where and how to strike. "A butterfly could kill an elephant if he knew where to put his wing." Old Ninja Saying. This is the Centerline Principle of vital and fatal points on the body.

All of these techniques are based on the principle of simultaneous attack-and-defense. Blocking with one hand while striking with the other to an open target. This is the Four Gates principle of penetrating the enemy's defense to overwhelm him.

Pictures and illustrations of dynamic self-defence techniques, all of which are intended for very close-range striking. That is why they are practiced in the Goat Riding Stance, because it limits movement of the body, forcing the action to remain in front of the chest.

About the Black Dragon Fighting Society

Our Brotherhood exists as a congress of martial artists and confederation of independent agents for the purpose of preserving, practicing, studying and teaching the martial arts. To qualify an applicant must be a master of, or an expert in, one of the few acceptable Oriental Self-Defense Forms. Many world famous champions have been unable to meet the strict entrance requirements and failed to gain admission into our forbidden fraternity that teaches the most savage and terrifying fistic and grappling techniques known to man. The exact membership, training procedures and occult teachings are closely guarded secrets of the fellowship; who are sworn to a vow of silence and bound together by and initiation ceremony of blood.