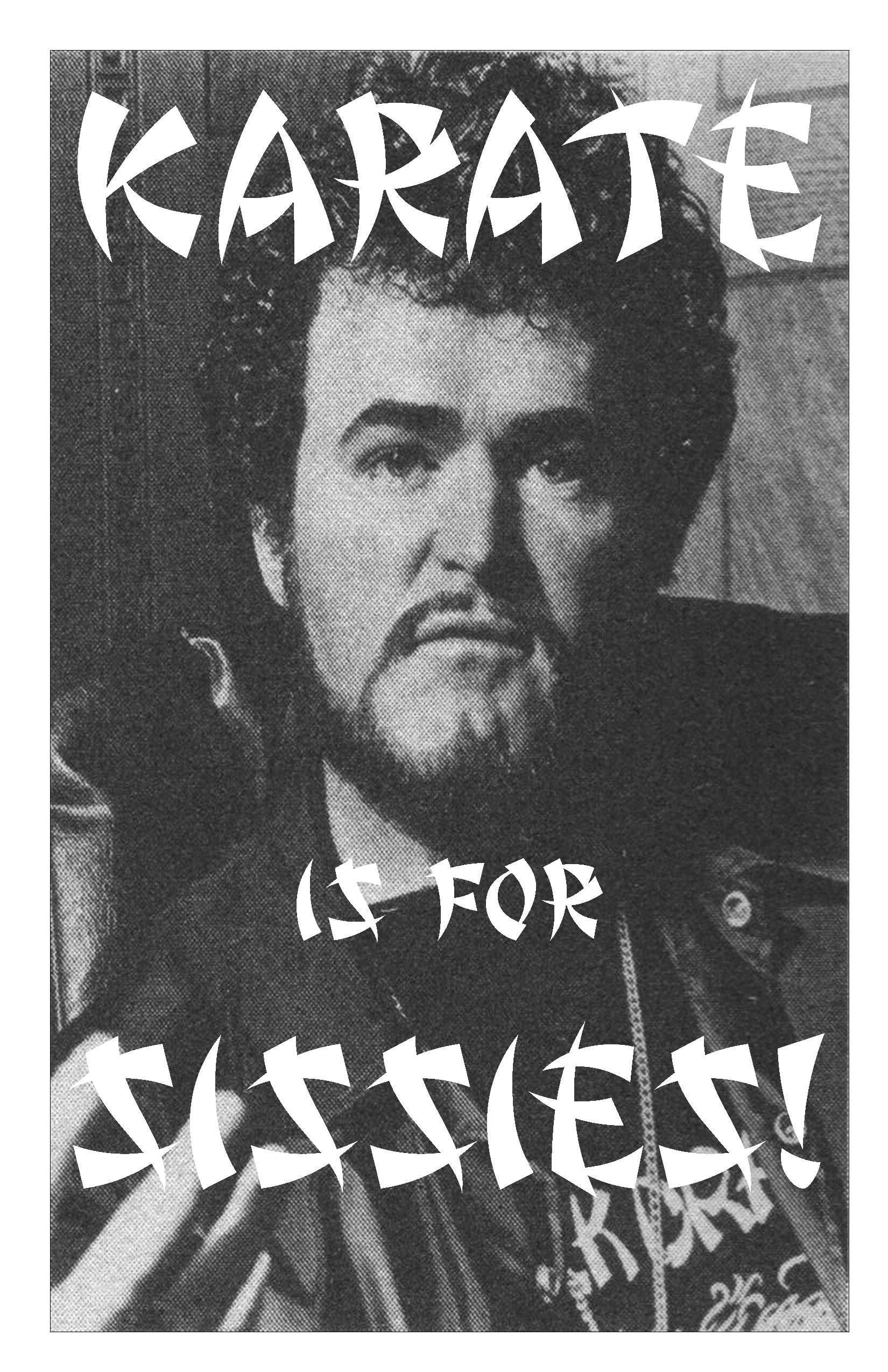 KARATE IS FOR SISSIES!

"Count Dante has been, and continues to be, one of the more controversial figures in ka­rate. He has been damned and praised with about equal intensity, and just the mention of his name will generally arouse an emotional outburst of one kind or another. An outspoken proponent of "full-contact" karate, he has aroused the ire of the purists, who would like to see him "drummed out of the corps". He is a thorn in the side of all those who cherish a legend, worship the past and detest criticism. We do not agree with all Count Dan­te has to say, but we do think he is a bright, articulate man who has exercised a profound influence on karate in the Mid-West and is, therefore, a man who should be heard. Perhaps some of his points are valid...perhaps not. It is up to you to make the decision. This article first appeared in MR. AMERICA magazine of December 1970. It is worth your attention."

Count Dante was the co-founder of the United States Karate Association and served as the Head Instructor for the USKA until 196 2. He left that organization-in 1964 to form the World Karate Federation. Count Dante was a strikingly handsome man who looked more like a movie star than a Karate Master. He frequently appeared on such National Radio and Television programs as "To Tell the Truth", Midwest Sport Spectacular, and the CBS Sports Special. He also appeared in the August 1964 Issue of Black Belt Magazine who referred to him as "one of the top instructors in the world today."

He demonstrated his skills at the 1965 World's Fair and at the United Nations. In 1957 Count Dante served as a Mercenary Guerrilla Army Officer in the Sierra Maestra Mountains of Eastern Cuba, and as a Military Advisor in Havana, Cuba during the urban campaigns between Fidel Castro and Fulgencio Batista.

"Those who knew him well describe him most often in two words-"charismatic" and "psychotic." His criticisms of traditional martial arts as applied to American Street Fighting were for the most part valid and were widely recognized as such."

Count Dante was an immediate descendant of the European nobility and a holder of Black Belt 8th Dan. He is a legend of the Karate world, even today. Count Dante and his students amassed over one thousand trophies and awards in international competition. Among these are: World Champion 1963, ‘65, '67; World's Top Team 1963-'67; Professional World Karate Champion 1967; Professional World's Karate Top Team 1967; International Champion 1965; USA National Top Team 1964; Canadian Top Team 1965. On September 1, 1967, on the basis of Count Dante's undefeated record in tournament and professional competition, the Directive Committee of the World Federation of Fighting Arts declared him to be the World’s Deadliest Fighting Master; based additionally on his having defeated the World’s Foremost Fighting Masters of the Fistic and Grappling Arts in “No Holds Barred” Matches.